When you need a reliable El Dorado Hills spider control company, rely on the proven work from the pest control experts from Millennium Termite & Pest. We have years of experience handling the pest control needs of the greater Sacramento area. Now, you have the opportunity to experience our service for yourself. Join the droves satisfied customers who helped us earn our A+ rating from the Better Business Bureau today! Contact us today through our site or by calling (916) 362-4400 and speaking with one of our service representatives.

El Dorado Hills is a warm, dry area of California surrounded by farms, mountains, and a rushing river. Everything that makes El Dorado Hills a beautiful place to live also provides an ideal home to several species of spiders.

Suppose you’ve found black widows anywhere on your property. In that case, it’s in your best interest to give our team of El Dorado Hills spider exterminators a call right away. They’re the only genuinely worrisome species on our list, and you shouldn’t ever take their presence lightly.

The only real sign of a Wolf spider infestation is the spiders themselves. However, if you notice one, you most likely have several, and you should contact our team of El Dorado Hills spider removal professionals right away.

Unless you live on a large property away from the city, you’re unlikely to come across any tarantulas. The only signs of an infestation are visible spiders, and, again, you’re unlikely to run across them here. However, if you do, then you can rest assured knowing we’re standing by to help you with spider removal in El Dorado Hills.

When it comes to spiders (and most other household pests), the sooner you contact an exterminator, the better off you’ll be. So, in light of that fact, if you have any kind of spider infestation (or another type of arachnid), then don’t hesitate to contact us here at Millennium Termite & Pest. Our team of El Dorado Hills spider control professionals is always standing by to give you a helping hand! 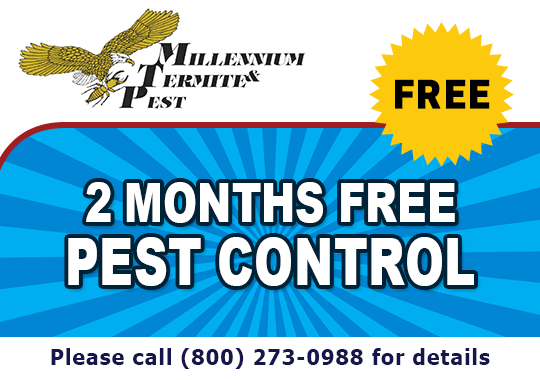